8 Most Common Newbie Bitcoin Mistakes (And How to Avoid Them)

If you asked me the three things I couldn’t live without, one of them would be the Internet. And why wouldn’t it be? Over the past few decades, the Internet has elbowed its way into every realm of our lives. We get our news online, we socialize online, we manage our money online, we buy everything we need online, we even meet our soulmates online.

To say it’s been a massively useful invention is a massive understatement.

But it’s also got its downsides. Like the fact that the Internet has become a weird kind of crutch that’s reworking the way we think and live. Not sure about something? Google it. Need to remember what you ate last week? Check your Instagram. Suck at spelling? Download Grammarly. And the list goes on.

Thanks to technology, we no longer need to bother with the tedious tasks of thinking and remembering.

Now, add into the mix a brand new, world-changing digital currency, such as Bitcoin, and you’ve got yourself some ripe soil for cultivating a whole field of silly – and financially ruinous – mistakes.

And who has time for that? Not you. Not when you’ve got a crypto nest egg to secure. So without further ado, here’s a list of the most common Bitcoin mistakes that newbies make – and how you can avoid them!

The other day, I rushed through a PayPal transaction and only noticed once it was completed that I’d accidentally sent money to the wrong email address. Oops. Lucky for me, all I had to do was contact the person I’d sent the transaction to as well as PayPal and the funds were back in my account within a few hours.

Something similar has happened to most of us. We’re so used to sending and spending money that we hardly think when we hand over cash or a credit card to settle expenses. Our hand may be signing the receipt but our minds are far away, thinking about what to have for dinner.

And this is usually fine since mistaken credit card charges can easily be reversed and cash transactions are typically for smaller amounts. 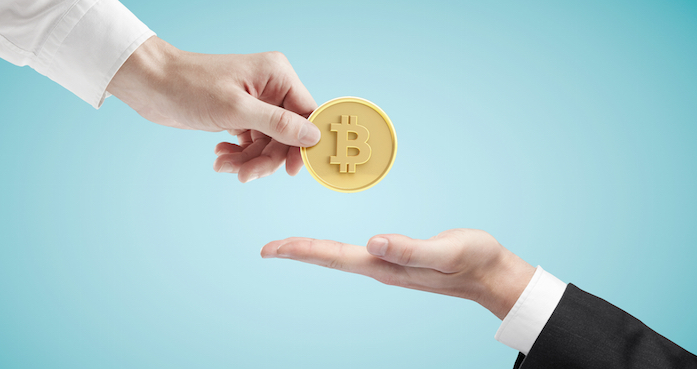 This is not the case with Bitcoin. One of Bitcoin’s unique features is that transactions are irreversible. That means no matter how much you beg, cajole, threaten, and cry – once Bitcoin is sent, it ain’t coming back.

It’s kind of like email in that way but, you know, with money. And when you factor in the fact that, unlike cash, Bitcoin transactions can be for millions of dollars at a time – you don’t need us to tell you that there’s a lot at stake.

Bitcoin and cryptocurrency are hot right now. So red hot, in fact, that it’s all over the mainstream media. The problem is that cryptocurrencies and the blockchain they’re based on are as poorly understood by traditional mass media channels as they are richly splashed all over the news.

And as a newbie, one of the worst mistakes you could make is to allow your investment strategy to be guided by all the hype and FOMO (fear of missing out) that’s being spewed.

Instead, take the time to educate yourself with at least the basics of Bitcoin, blockchain and cryptocurrency. Follow industry leaders like Andreas Antonopoulos, Roger Ver, Vitalik Buterin and listen to what they have to say.  It’s also free to make yourself a part of the Bitcoin community – you can start with the subreddit r/Bitcoin as well as various Facebook Bitcoin groups and Bitcoin forums.

All in all, educate yourself before you buy ’cause that’s going to help you through the rough times…

Bitcoin is a baby, as far as currencies go. It only came around in 2009, after all, and it still hasn’t quite found its footing. So the volatility in the Bitcoin – and cryptocurrency – market is no surprise.

The point is – be prepared for volatility before you enter this market. Otherwise, you’ll panic buy when it’s high and going up and then panic sell when it’s low and going down. Not a smart strategy.

Instead, educated yourself on Bitcoin so that you know why you’re investing in the first place. If you decide that Bitcoin is good for you, then you can plan a long-term strategy instead of focusing and panicking over the daily prices change.

No matter what your personal opinion is on cryptocurrency exchanges, there’s no denying that they’ve certainly made things easy. You can buy, sell and even store Bitcoin so very easily. Why wouldn’t you just want to leave all your Bitcoin in that easy-peasy, seemingly secure exchange?

Because by keeping your Bitcoins in an exchange’s wallet, you’re giving up control over your own Bitcoin and leaving the safety of your precious coins in the hands of a third party. That’s a gamble you don’t want to take.

Especially when you consider that even the most reputable exchanges are under daily attacks from hackers and scammers. Traditional, centralized exchanges that are holding millions in cryptocurrency for their customers are like a gigantic honeypot for thieves and with a single hack, a clever crook can get their hands on a lot of coins – including your own.

It’s already happened multiple times. The most famous is the Mt. Gox hack. But there were many, many others – like the Poloniex hack, the Bitstamp hacks, the Bitfinex hack, and the list goes on and on.

And once it’s lost – well, you know that Bitcoin transaction are irreversible, right? So be safe and move the majority of your Bitcoins (the coins you’re not going to trade) out of the exchanges and into your own secure Bitcoin wallets.

All Your Coins in One Basket

Speaking of Bitcoin wallets, one of the most common mistakes newbies make is putting all their coins in one basket.

Sure, if you only have a few coins, that’s totally fine and dandy. But if you have a significant portion invested in Bitcoin, it’s wise to spread out the coins between several, properly secured wallets. That way, if one wallet happens to get lost, hacked or you simply forget the password – not all your Bitcoins are lost.

It only takes a little more work and you’ll sleep better at night.

Ah, lost keys. Such a simple mistake that has happened to all of us at some point or another. And whereas it may be an inconvenience, it’s usually no big deal.

Lost your house key? Your landlord should have a backup or you could always call the locksmith. Lost your car key? You’ll find a way in.

In most cases, lost keys don’t mean we’ll be locked out forever.

This isn’t the case with Bitcoin. The very features that make Bitcoin incredibly secure – i.e. its decentralized nature as well as the impossible-to-hack 256-bit private key you need to gain access to your stored Bitcoin – are also what makes it impossible to recover your Bitcoin if you lose your key. 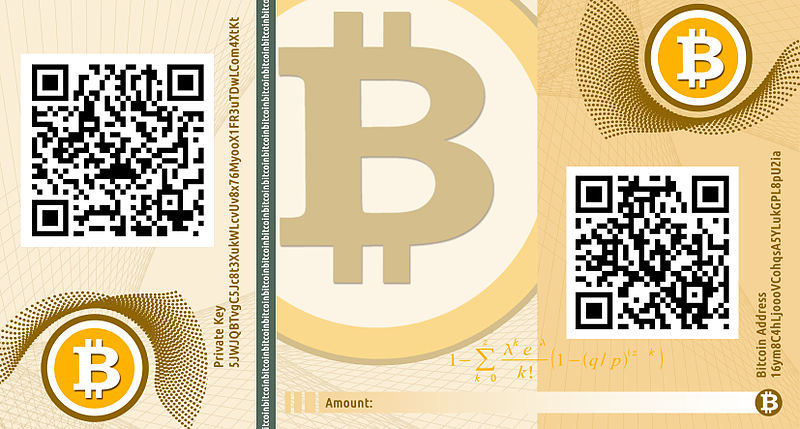 This is crucial enough to bear repeating: You absolutely, positively need your private key in order to access and spend your Bitcoin. No key, no coin.

If you lose you private key, you can wave your Bitcoin good-bye. There’s no one to call for help and no way to ‘hack’ your way back in. Those Bitcoin are gone for good. In fact, there’s already an estimated 4 million Bitcoin that are lost forever.

There’s nothing wrong with fast and easy – who doesn’t love convenience, after all? But when it comes to Bitcoin, ‘fast and easy’ usually comes with higher fees.

That’s because convenient payment methods like PayPal and credit cards may be easy-to-use for the buyer but they’re risky for the seller since Bitcoin transactions are irreversible while credit card and PayPal transactions are fairly easy to reverse.

That leave Bitcoin sellers and brokers in the vulnerable position of sending Bitcoin that are impossible to get back even if the credit card holder successfully reversed the charge. This risk that the sellers take gets factored into the fees. The result: high fees.

How high? Here’s a quick look at some popular exchanges where you can buy Bitcoin with credit cards: CEX.IO charges a transaction fee of 3.5% + $0.25 and Coinbase charges a 3.99% fee. Coinmama takes it even further and charged a total fee of 10.5% for each Bitcoin purchase.

That’s a lot you’re paying in fees for the ‘convenience’ of using your credit card.

The point is that there are new altcoins popping up like weeds all over the cryptocurrency space and a lot of people get sucked into the hype surrounding many of the new coins.

And don’t get me wrong – there’s nothing wrong with alternative coins. The cryptocurrency space is growing and can and will accommodate more than just Bitcoin. But there’s no denying that Bitcoin has first-mover advantage and thus, the longest history, the largest community and the greatest market capital.

So before you get rid of Bitcoin to jump to another alternative coin, make damn sure that you do your due diligence and pick a coin you really believe in.

As much as we hate to admit it, history has a habit of repeating itself and often, people will rush in without even examining what has happened before. As you saw above, a lot of people lost fortunes by making the above common Bitcoin mistakes.

But the good news is that you don’t have to. Sear these pitfalls into your mind’s memory and avoid them on your cryptocurrency journey and you’ll be well above the rest of the pack rushing in.