Is Bitcoin a Good Investment? 9 Famous Bulls and Bears Weigh In 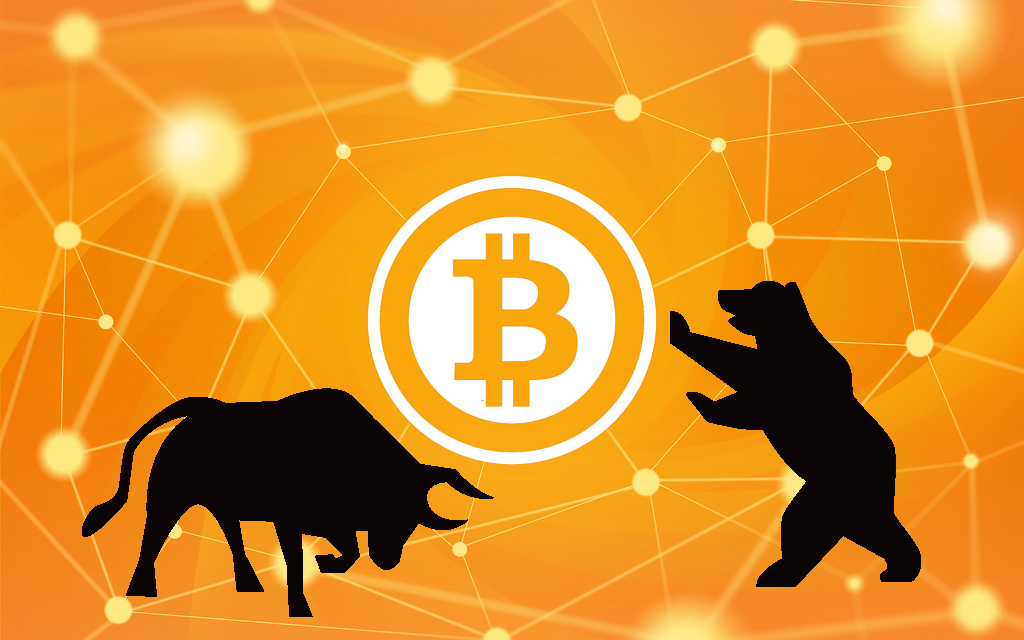 You already know not to discuss religion and politics at the dinner table. But with Thanksgiving just around the corner, you may want to add another controversial topic to your list: Bitcoin and the matter of whether it’s a good investment or a risky scam.

Thanks to Bitcoin’s meteoric rise to astounding heights this year – from $1,000 around January to over $7,000 this November, it’s been in the news as much as well, Trump. And it’s proving to be equally controversial.

Everyone who’s anybody has something to say about it, from financial moguls to tech entrepreneurs and everyone in between. Even people who can’t tell a blockchain from a Bitcoin are making their voices heard.

Normally, we’d advise you to steer clear of this sort of noise. But hey, it’s Thanksgiving weekend and that means we’ll all end up doing some things we wish we hadn’t (i.e. that 6th helping of pumpkin pie), so why not start now?

Let’s wade right into the mess – here’s what 9 bulls and bears have to say about Bitcoin and why you should dive straight in or avoid it like you owe it money. If not entertaining, it’ll at least provide you some quotables to aid your defense – or attack – of investing in Bitcoin over the coming weekend.

Let’s start it off with one of the most respected, most quoted investors in the world: Warren Buffet.

Who is he? A billionaire investor who’s actually the world’s second richest person and the chief executive of Berkshire Hathaway

But he went on to advise investors to stay away from Bitcoin, saying it has no intrinsic value. “It’s a mirage, basically,” he said on CNBC’s Squawk Box back then.

Enter 2017 and the price of Bitcoin has skyrocketed from around $600 to over $7,000. Yet, his opinion of Bitcoin hasn’t changed much. In fact, it seems to have soured. “You can’t value bitcoin because it’s not a value-producing asset…it’s a real bubble in that sort of thing. It doesn’t make sense. I don’t believe in this whole thing at all. I think it’s going to implode.”

Who is he? The world’s richest man, investor, author, philanthropist, and co-founder of the Microsoft Corporation.

What he has to say about Bitcoin: Bill Gates has described Bitcoin as a “technical tour de force” and recently said on a Bloomberg TV interview that “Bitcoin is exciting because it shows how cheap it can be. Bitcoin is better than currency in that you don’t physically have to be in the same place. And of course, for large transactions, currency can get pretty inconvenient.”

While we’re on the topic of billionaires’ opinions about Bitcoin, we might as well include Mark Cuban.

Who is he? Mark Cuban is a businessman, investor, and NBA owner of the Dallas Mavericks, chairman of AXS TV and the co-owner of 2929 Entertainment. He’s well-known as one of the main shark investors on ABC’s Shark Tank.

What he has to say about Bitcoin: In Vanity Fair‘s Mark Cuban’s Guide to Getting Rich, the billionaire advised, “If you’re a true adventurer and you really wanna throw the hail Mary, you might take 10 percent put it in Bitcoin or Ethereum, but if you do that, you’ve gotta pretend you’ve already lost your money.”

This advice is in line with his view that cryptocurrencies like Bitcoin and Ethereum are more of a collectible than a currency. “It’s a brilliant collectible that’s probably more like art than baseball cards, stamps, or coins, right, because there’s a finite amount that are going to be made,” Cuban said.

And on to quite possibly the most famous Bitcoin skeptic of today: Jamie Dimon.

Who is he? The chairman, president, and CEO of JPMorgan Chase and one of the most outspoken opponents of Bitcoin.

What he has to say about Bitcoin: Over the years, Dimon has had a lot to say about the rising digital currency. Things like, “If you’re stupid enough to buy it, you’ll pay the price for it one day.” More recently, he’s called Bitcoin a bubble, a fraud, a money laundering tool and predicted that “governments are going to crush it one day.”

There are plenty of doom-and-gloom naysayers out there when it comes to Bitcoin. But when someone like Howard Marks – the man who presciently predicted the financial crisis and the dotcom bubble – has something to say, people listen.

Who is he? Howard Marks is a billionaire investor, author and co-founder of Oaktree Capital Management.

What he has to say about Bitcoin: At the height of Bitcoin’s meteoric rise, Howard Marks penned a letter to investors saying, “In my view, digital currencies are nothing but an unfounded fad (or perhaps even a pyramid scheme), based on a willingness to ascribe value to something that has little or none beyond what people will pay for it.”

The investment manager then went on to compare cryptocurrencies to past bubbles like the Tulip mania, the South Sea bubble that Newton famously lost a fortune in, and the more recent internet bubble of the 90s.

“Serious investing consists of buying things because the price is attractive relative to intrinsic value,” he wrote. “Speculation, on the other hand, occurs when people buy something without any consideration of its underlying value or the appropriateness of its price.” Ouch.

One of the most commonly heard comparisons from Bitcoin newbies is something along the lines of, “So Bitcoin – that’s like PayPal, right?” No, not really. But that reminds us – let’s hear from one of the founders of PayPal himself.

Who is he? Peter Thiel is an entrepreneur, venture capitalist, philanthropist, political activist, and author. He’s best known as PayPal’s co-founder and CEO until it was sold to eBay, as well as for being the first outside Facebook investor.

What he has to say about Bitcoin: At a recent speech at the Future Investment Initiative in Riyadh, Saudi Arabia, Thiel admitted he was skeptical of most cryptocurrencies but that Bitcoin itself is underestimated. “It’s like a reserve form of money, it’s like gold, and it’s just a store of value. You don’t need to use it to make payments.”

Thiel went on to compare Bitcoin to gold: “Bitcoin is mineable like gold, it’s hard to mine, it’s actually harder to mine than gold. And so in that sense it’s more constrained,” and added that Bitcoin is based on the “security of the math” which means it can’t be hacked and is secure.

He went on to say that “If bitcoin ends up being the cyber equivalent of gold it has a great potential left.”

We didn’t get to hear much from Steve Jobs about Bitcoin but the “other Steve” bought Bitcoin at $700 and has a few nuggets of wisdom to share.

Who is he? Steve Wozniak, aka “The Woz”, is an inventor, electronics engineer, programmer, philanthropist, and technology entrepreneur who’s best known as the co-founder of Apple Inc.

What he has to say about Bitcoin: Wozniak’s a mathematician and as such, a fan of mathematical Bitcoin. At the Money 20/20 conference in Las Vegas, Wozniak emphasized that Bitcoin the fact that there will only ever be 21 million Bitcoins mined, which makes it “more legitimate than other systems” compared to the US dollar, which is “kind of phony” since more can be created at any time.

He even believes it to be the most legitimate system that exists – superior to both gold and the US Dollar – thanks to is decentralized, transparent, censorship-resistant nature.

It’s not just about whether or not you should invest in Bitcoin – it’s also about your time frame. And that’s where Reid Hoffman’s views on Bitcoin come in handy.

Who is he? Reid Hoffman is an internet entrepreneur, venture capitalist and author. He’s best known as the co-founder and executive chairman of LinkedIn.

What he has to say about Bitcoin: Reid Hoffman made headlines when back in 2014, he decided that “at lease one global cryptocurrency will achieve mass-market adoption” and believing that it was likely to be Bitcoin, invested in Bitcoin startrups Xapo and Blockstream.

In a post announcing the investment, Hoffman said “Bitcoin has the potential to be a massively disruptive technology. It is the leading digital currency and it’s growing fast.”

And despite the excitement of Bitcoin’s wild price fluctuations, Hoffman isn’t big on trading. Instead, he’s thinking long-term when it comes to Bitcoin. “When I invest, I think, ‘What is the way the world should be and is this investment part of that end? Is this plan the best plan for that to happen?’ So that’s minimum five years. When it comes to Bitcoin, that’s the framework that I think about it in.”

“Not the Stupidest Thing”

There’s Bitcoin bulls and bears – and then there are the people who say things that just make sense. Like, Wences Casares.

Who is he? Wences Casares is the CEO of Xapo, a Bitcoin wallet startup that’s been dubbed “the Fort Knox of Bitcoin” and is currently said to be the largest custodian of bitcoin in the world. A self-made serial entrepreneur, Casares is famous for having launched Argentina’s first Internet Service Provider and for his recent role as “patient zero” of bitcoin among Silicon Valley’s elite.

What he has to say about Bitcoin: As you might’ve guessed, Casares is a fan of Bitcoin and has even said that he believes Bitcoin will be bigger than the internet.