7 Biggest Threats to Bitcoin: Here’s What Can Burst the Bubble 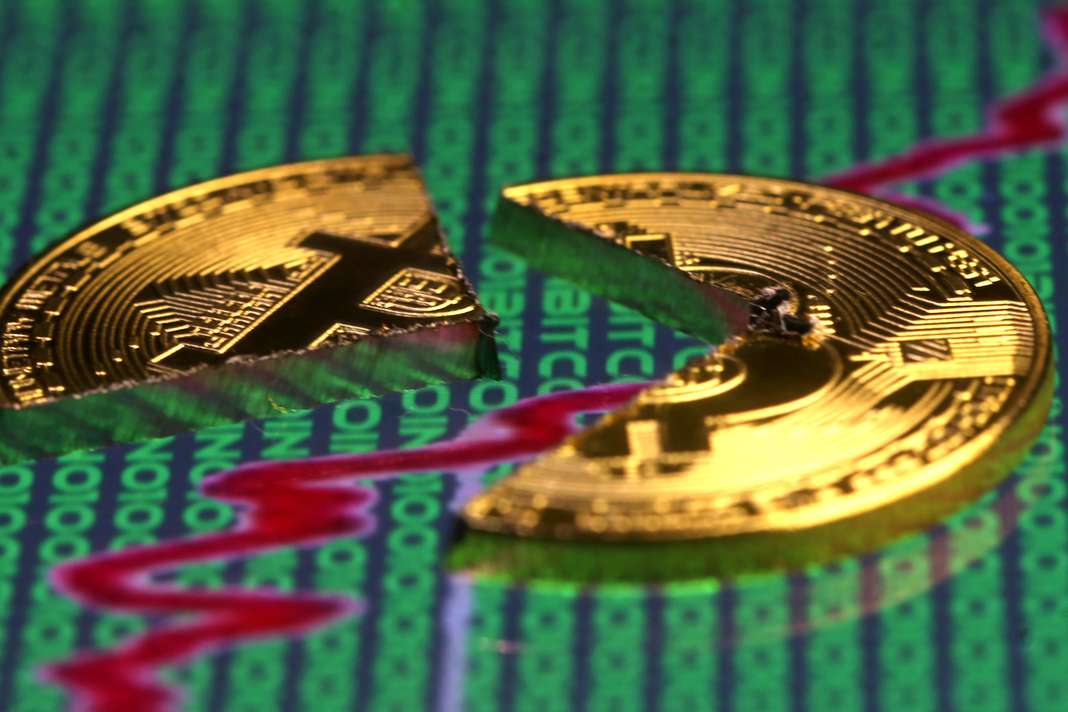 There doesn’t seem to be an end in sight for Bitcoin. The first cryptocurrency is still making bullish runs at its all time high and leaving skeptics chewing with their crash and burn predictions.

From the deep recesses of the internet to the mediums of popular culture; talk back radio, morning shows and rap albums, Bitcoin has featured on them all.

Which leads some of the more cautious folks wondering: when is it all going to come crashing down? And even more importantly, what are the biggest threats to Bitcoin that can pop the bubble?

Altcoins Could Steal The Throne

You’ve either heard about or traded in altcoin. You must have. There are thousands of them and some are worth tens or hundreds of billions.

Bitcoin might be worth significantly more than any other crypto, but it doesn’t boast superior technology or do anything that other altcoins can’t. Should we chalk it down to a first movers advantage, or will Bitcoin somehow retain its market dominance.

Ethereum, Cardano, Monero, Neo, OmiseGo, Power Ledger, Stellar, Ripple, can all do what Bitcoin does, and they can do it faster for less money. People have noticed. Bitcoin’s percentage of the total market cap is now lower than 40%. The lowest it has ever been.

There is also a noticeable seesawing of money back and forth between Bitcoin and the alts. This leads me to believe that the altcoins may gradually consume Bitcoin’s market cap as they outperform Bitcoin and establish themselves as legitimate currencies.

It isn’t just that altcoins are better than Bitcoin. Bitcoin wasn’t that good to being with. Maybe Satoshi Nakamoto didn’t anticipate his blockchain would one day handle millions of transactions, but the Bitcoin blockchain hasn’t proven to be scalable.

The fees are determined by the congestion on the blockchain. You can pay more on most exchanges to prioritize your transaction, but on an off day you can pay $20+ for a single Bitcoin transaction.

A bit excessive if you want to buy a cup of coffee.

And it isn’t just cost but the speed. Currently there are 175,000 unconfirmed transactions on the blockchain.

To suggest that Bitcoin could be widely adopted as a circulating currency when it takes longer than a bank transfer is pretty unlikely.

Plus, the hashing algorithm used by Bitcoin to chain blocks requires a phenomenal amount of computational work. A single Bitcoin transaction uses 215 kilowatt-hours of electricity as of November of 2017. These are the sort of hang ups that can present a real threat to Bitcoin if not corrected.

If there are all these other altcoins that also work on blockchains, why can’t bitcoin just update its software?

All the miners need to come together and agree to make changes to the Bitcoin blockchain. But like we saw with SegWit2x and the lightning network protocol changes, it takes more than a little convincing to get large groups of miners to make changes to a system they are paid to keep the same.

Bitcoin mining maintains the health of the blockchain. They secure the network, authenticate transactions, and do the work that makes the entire Bitcoin blockchain possible.

Mining centralization and just mining that is too profit orientated is a hindrance to the Bitcoin blockchain. Techniques has emerged like selfish mining were miners strategically delay their release of a recent block so other miners waste their processing power. And the selfish miner will only release the chain when it is profitable for them.

The miners are stakeholders and decision makers in changes to the Bitcoin protocol. Developers make the changes, but the miners need to mine the new forks in the Bitcoin blockchain before they take effect.

Something as simple as what Bitcoin Cash has done with their larger block size could clear up Bitcoin’s blockchain, but it’s unlikely the change will come before the crash.

And while we are on the subject, another popular Bitcoin ending scenarios is the Bitcoin Cash corporate takeover. It’s unlikely but not impossible that Bitcoin Cash over take Bitcoin as the main chain. Very unlikely, every major exchange would have to agree to change their definition of Bitcoin, but it’s akin to a cryptoconsipary that has been preached on Reddit forums since the initial hard fork.

Since the early days of crypto, when it was primarily used to buy drugs and guns on the dark web, it has been rubbing governments the wrong way. We are talking about a technology which could fundamentally change how people organize themselves.

Involving everyone in the creation of decentralized wealth is a big up-yours to the centralized institutions that have controlled people. Cryptocurrency could do to banks what the renaissance did to the Catholic Church.

So you can bet governments will respond.

China has placed a blanket ban on ICOs, South Korea’s recent regulations cast all crypto into uncertainty, India is raiding exchanges and trying to sink their claws into taxable income, and the EU passed legislation about Bitcoin under the guise of preventing terrorism.

One of the biggest threats to Bitcoin is that it is especially susceptible to the whims of government. While currencies like Monero, Zcash, and PIVX are experimenting with ring signatures and ring addresses, to hide transactions on the blockchain, you can see every single transaction on the Bitcoin blockchain clear as day.

In a proper dystopian future. Governments could hyper regulate Bitcoin allocating everyone an address and using the public ledger to better monitor people and profile them based on the types of transactions they make.

I can’t talk with much authority on the possibility of a spawn camp attack because I am a trader and not a programmer, but my limited understanding of it goes like this. You know how bitcoin transactions are added to blocks and then those blocks are added to chains? You make a transaction your signed transaction is broadcast to miners who add it to the next block when it is created.

Since the blocks are consistently getting harder to mine, Satoshi had the clever idea of assuming that the more computational work was performed to create a block the more recently a block must have been created. Gross oversimplification, but it will serve our purposes.

Blocks are created by miners with a degree of randomness and a lot of luck. Increasing your processing power decreases the randomness and luck needed to mine the next block.

If someone was so inclined they could hold 51% of Bitcoin’s processing power, and guarantee they would mine the next block, rewrite transactions and then mine the block after. They could cash out before anyone realized what had happened, and although they couldn’t mine every block forever they could destroy all confidence in Bitcoin in a matter or minutes.

Bitcoin isn’t a scalable currency, it can’t be circulated, and there is a lot of blockchain technology that is much better than it, so why do so many people hold it?

Bitcoin is kind of becoming the gold standard of cryptocurrency. Gold isn’t more useful than oil or copper, but it is thousands of dollars an ounce. It isn’t even rare. Gold has value because investors believe that it always holds its value.

As such, when there is uncertainty in other markets people buy gold.

Traders hold a certain percentage of their portfolio as gold for safe keeping. All of this is also true of Bitcoin. For now.

But it does bring into question: will it always glimmer in the digital light, or will this commodity like trading give way to better use cases?

There are thousands of coins which do absolutely nothing, but they are riding crypto’s hype train to extraordinary heights. Like we have already gone over, Bitcoin as it stands right now isn’t a feasible currency. People are holding it because of an inflated value. The blockchain just might be the greatest idea that humans have ever had, but is it really worth a market cap that’s quickly approaching one trillion dollars.

Probably not. At least, with the way it functions at present. Which means, yes, it is a bubble and as all bubbles do, it will inevitably crash. But from the ashes the cryptocurrencies with actual use cases, which have genuine value, will rise.

For example Google, Asos, Amazon, and eBay were all started in the dotcom bubble and survived the crash because they actually did something and resulted in the movement of money for a clear and definite purpose. It still remains to be seen whether Bitcoin will go down when the bubble pops or come sailing through, smelling of roses.

A Super Powerful Asics Rig or Advancement in Mining Technology

If we are going to the fringes of the hypothetical in terms of threats to Bitcoin. It is possible that a super advanced bit of mining tech could come along and render all other mining hardware obsolete. It probably wouldn’t be an entirely bad thing.

If transaction were processed faster and cheaper Bitcoin would regain some legitimacy as a coin, but it could centralize mining if it wasn’t released into a capitalist market of equal opportunity, and I think that is bad for a decentralized ledger for all kinds of reasons.