Cryptocurrency Use Cases: 3 Words That Can Make or Break a Coin 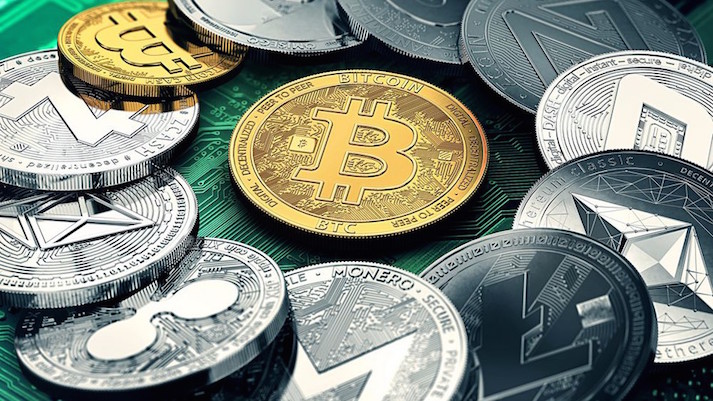 You’ve probably heard the term “use-cases” a lot if you’ve been doing your research on cryptocurrencies. And for good reason – it’s an important term to get your head around because it is one of the major factors that will decide the success of the crypto project.

But what does it mean exactly?

As you know by now, cryptocurrencies are red hot at the moment and the blaze is attracting new investors by the boatload. And fueled by the excitement and money entering the space, many cryptocurrencies have sprung up for no other reason than to jump on the bandwagon and cash in on the cryptocurrency craze.

Why Cryptocurrency Use Cases Matter

This is an issue for the average Joe or Jane who is just setting out on the vast, unknown sea that is the cryptocurrency market, because they are susceptible to being drawn towards useless coins that will ultimately fail as they exist essentially for no other reason than to be just another coin.

Think about this way: would you want to purchase cryptocurrency because it’s simply digital cash or because it is genuinely implementing blockchain’s advantages to solve the problems of the world?

It’s the latter point that use cases refer to. It comes down to the practical purpose of the coin – in the different industries it can be applied and for what goals.

There is no point in buying cryptocurrency just because it is the digital equivalent of cash – we already have paper money and bank accounts for that and these are not going anywhere anytime soon. In fact, it’s going to be a hard sell to convince banks and governments to roll over and let cryptocurrency take over the entire currency market.

However, when cryptocurrencies are used to solve problems, such as equal financial support and computing power on a global scale, they have a reason to exist beyond their fundamental monetary value. This is where their true economic power lies.

The people of the world and the economic industry will see the value in cryptocurrencies as solutions to problems. It’s these innovative, practical use cases that pave the way for mainstream adoption and allow the few cryptocurrencies that actually serve a purpose to survive the volatile cryptocurrency market and remain excellent investment opportunities.

And as such, cryptocurrency use cases are one of the key factors you should look for when deciding which cryptocurrency is worth your time and investment.

Because the whole point of innovation is to make life a little bit better for humankind, right? Which is why the best cryptocurrencies are those that use the inherent advantages of blockchain technology to give power back to the people. Whether that’s anonymity, computing power, interest rates or digital storage, it all goes back to democratizing the economic system.

Many start-ups have pounced on the technology to design some remarkable use cases. Here are a few examples to give you a clearer idea of exactly how cryptocurrency use cases can apply to the real world.

Today, a lot of the power of the computer you use is actually controlled by much larger organizations. If you want more power, you sign up with Microsoft or Amazon for their cloud computing services and they make a hefty profit out of it.

That’s unfair because virtually every activity is carried out by a computer today, so you’re basically paying money for more computing resources so you can actually do your work. These corporations also collect your data and can sell them to advertisers, which is a much more nefarious aspect.

The decentralized nature of blockchain can solve that. The Golem Network, a Polish startup, is working towards building a platform that more or less creates a supercomputer out of all the computers in the work and their coin, the Golem Network Token, will be the fuel for that power. They are using the power of distributed computing.

Your computer, your smartphone, your friends’ smartphones and other devices from across the world will be linked together through the technology. Every time you need some computing resources to, let’s say to complete a scientific calculation, you’ll request other devices in the world for this power. Your task will be completed much faster and at a much cheaper price.

Oh, and you get paid for renting out computing power that you weren’t using anyway. Win win.

The internet is not a safe place. It’s a place we love and spend much of our time on, but it has many flaws. It’s easy to snoop around and obtain sensitive information, and advertisers collect data and know which buttons of yours to push.

Storage is also a pain because you’ve got to pay data centers in some part of the world, which can be hacked, to store your precious data.

MaidSafe wants to completely overhaul the internet by building all of the technology it needs to create the next generation of the internet. Your data will be hack-proof, accessible by only you and reward users for contributing to a safer digital life.

This company has actually been around since before Bitcoin and the reason they still persevere in development is because of the grand ambition that they have. They are building new protocols, frameworks, browsers and e-mail clients all so that the world can operate in a safer digital space.

Your might know about this thing called ROSCAs. If you don’t know, here’s a quick brief:

A group of people come together to contribute money equally and it all goes into a pot. Every week, one member of the group collects the pot and this can only happen once for each member. This happens for everyone over a time frame and everyone wins, basically. You never do worse than from when you started off.

This type of financing is popular in the more disadvantaged regions of the world. For one thing it empowers women, giving them more control over their own finances, as well as those who have usually been suppressed when it comes to financial independence.

The problem is that, in the current world, ROSCAs are operated by banks – and the disadvantaged parts of the world often don’t have many banks or any at all. Banks also collect a sizable interest for acting as intermediaries.

Cryptocurrency can solve that. WeTrust, developers of TRST coin, have developed a blockchain based ROSCA system that keeps all of the interest between the group. What’s more, it can be accessed by anyone with a cell phone and an internet connection!

That is the power of the cryptocurrency. It can even help empower the lives of people in the most remote parts of the world.

For all the hype surrounding cryptocurrency, we’re still at the baby stages of its life. If you do a little research, you’ll quickly realize the amount of possibility with blockchain. It’s why there are so many start ups entering this space.

In the same way that the birth of the internet spawned billion dollar industries, so too will blockchain – creating novel solutions to many of the problems humanity faces.

And that is the most revolutionary aspect of cryptocurrency. Not that we’re moving into a cashless world or protected by anonymity, but that we are all coming together to use technology to help third-world countries and disadvantaged groups, and wrestling away control from large corporations.

We’re making the world a more equitable place and the use case revolution of cryptocurrency will be the launchpad for that.