Steem Coin: Everything You Need to Know Before You Invest 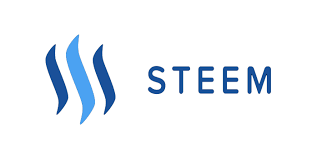 You’ve heard about Steem coin and you want to know

Let’s start with a simple truth: The Internet has been pretty life-changing for most of us – especially for those of us who can remember a life without it.

The internet has been a blessing in that it has empowered the individual greatly. It is now possible for people to make a living by selling their knowledge, opinions and creative projects online through platforms like YouTube, Twitch, Twitter and Facebook.

The problem is that with the current state of the internet, the profits skew disproportionately in favor of the platform. For example, YouTube sells the data of a content creator to advertisers and they pocket most of the revenue. Content creators get little to nothing for their work, which is most of it.

What’s worse is that these platforms also have the ability to censor content and show preferential treatment in the display of content sources. It is a depressing situation for content creators, who feel neither appreciated nor sufficiently remunerated.

It is for this reason that crowdfunding platforms like Patreon have been created. The world is fighting back against tech giants who wield too much power. And do you know what else removes power from monopolies and hands it back to the people? Blockchain technology.

The thought of how content creation and distribution could be more fairly structured has been in the minds of people for a while. That’s how Patreon came about. Still, we can go even further in connecting content creators with the viewers, with the help of blockchain’s innate properties.

This is exactly what the blockchain project STEEM is doing – establishing a level playing field where content creators are rewarded on the merit of the work they produce, getting paid directly by their viewers.

STEEM was launched by Dan Larimer, who also founded BitShares and EOS, two other projects that have gained significant traction. It is essentially a platform where users can be paid in tokens to create and curate content and Steemit, a online blogging platform built on top of the STEEM blockchain project, is the place where this is done.

On their website, they claim a little over $22 million has been doled out as rewards for content creation and curation. The tokens that power the platform are called Smart Media Tokens, or SMTs, and are similar to Ethereum ERC-20 tokens. Uniquely, however, it has special “Proof-of-Brain” properties that we’ll detail a little later on in this article.

STEEM is setting out to become an incentivized social media sharing platform that rewards users for publishing quality content. Being built on Ethereum, it can run decentralized applications and the team claims that this will devoid of any fees.

Another interesting claim is that they say they can process more transactions than both Bitcoin and Ethereum. In their own words, they have stated that they wish to be a blockchain that aims to tokenize the content web.

Perhaps what is most appealing is that you do not need to buy in to work on the platform. If you post on the platform today, and the post is appreciated, then you receive tokens as a reward. This is a very open and inclusive mechanism.

There are roughly 330,000 users on the platform and over 200,000 are published every month. These are pretty decent numbers. They have also been covered by publications such as Wired.

How Does STEEM Work?

Now we return to the Steemit, where all of the content is put up and distributed. As we said, content creators get paid directly by users for their work. To that end, STEEM has created this blogging platform called Steemit where posts can get upvoted by the community. However, if the post is particularly useful to the community, then those that upvoted the post will also get rewarded.

The reward system extends to the comments section as well. On Reddit, people get “karma” for good or useful comments. On Steemit, people get rewarded with tokens. It is a clever way of incentivizing people to offer thoughtful and constructive statements.

It should be noted that new units of the currency are created everyday. Three forms of payment are available: Steem, Steem Power and Steem Dollars.

The first is the money you would exchange for actual dollars. However, because new units are created everyday, the value will decrease over time (as a result of inflation). The second is a long term investment option. You can only cash out you entire stock of Steem Power after 2 years, with each Steem Power unit sold on a weekly basis. This is incentive for people to use the platform a length of time.

The last is a stable currency whose value does not change over time. This is designed to protect the user from fluctuations in price. You will be paid half your fee in Steem Dollars and you can sell them at any point.

To compete with the various social media platforms on today’s internet, STEEM has also created PhotoSteem and SteemQ. The former is a rival to Instagram while the latter is a rival to YouTube. Like Steemit, users will get paid for posting worthy content. The rumour is that more applications will appear because STEEM is an open source blockchain.

There is no special technical architecture to STEEM. Rather, they are simply employing the blockchain in support of a much needed cause – the fair distribution of revenue in the the digital content world. While there is no explicit ban on advertisements, there is none of it on the platform at the moment.

The Proof-of-Brain mechanism we mentioned earlier is nothing more than a combination of a pool of tokens dedicated towards the incentivization of content creation and curation, and a voting system that decides the value of content.

The project was founded by industry expert Dan Larimer, and Ned Scott, who is also the CEO. Larimer no longer works on the STEEM project since he launched another cryptocurrency project, called EOS. Their team has slowly been growing over the years and consists of over 10 members.

The total supply of coins is approximately 266 million with just under 250 million in circulating supply.

What’s in favour of STEEM is that the particular use case it is focusing on is much needed and welcomed. It is also an early entrant in this space, but is now facing much competition with the likes of BAT and Sapien also offering similar services. The former in fact has received a shout out from Youtubers which gives it a nice boost in awareness.

Then there’s projects like Synereo and Akasha, which are also focusing on the same goals but are lesser known. Since it is essentially a social media platform, it’s playing a game that is by nature risky. Just think about all of the social media platforms that have died over the years. Facebook just happens to be the one that succeeded.

Then there’s the fact that they are fighting against Facebook and Youtube with their monetary model. It should be interesting to see how that fight pans out.

That said, Dan Larimer is an experienced individual in blockchain. Steemit’s creation gives it a boost since there is an actual platform upon which the payment model can be tested. If you’ve spent a little time reading about cryptocurrency, then you know that Steemit is quite popular with users all over the world.

Now, take the following with a grain of salt (this is the world of cryptocurrency after all), but there has been a moderate amount of criticism regarding the Steemit platform. Some have stated that the moderation of content on the platform is poor, resulting in unsafe content showing up on the platform. There is also a loophole that can easily be abused, namely that someone can get paid a lot in token if spam votes/support is offered to a post.

How to Earn, Buy and Store STEEM

You can purchase STEEM on Bittrex, Poloniex, Blocktrades, Livecoin and several other exchanges.

You may be more interested in earning Steem by creating, sharing and engaging with content on the platform. This may in fact be a good long term revenue stream, if you do enjoy creating content or have considered the idea in the past.

You can store your Steem coins on the official Android or iOS app, or on the desktop.

It’s clear that there’s a lot of potential in what STEEM is doing. They have a good amount of community support and the team is experienced. However, the nature of the space they are operating in makes it a slightly risky investment, so it’s best to be cautious with this one. It is fortunate that you can earn these tokens for free, so give the platform a try and see if it lives up to your expectations.