Is It Too Late to Invest in Cryptocurrency? Nope, It’s Just Getting Started 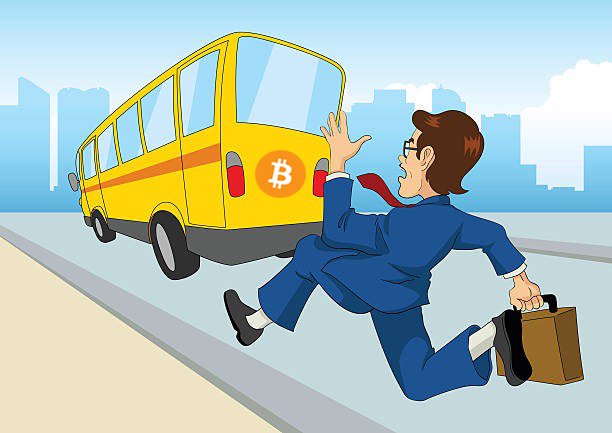 Satoshi Nakamoto brought Bitcoin into the world way back in 2009. That’s a long time ago, especially when it comes to technology.

According to the Cambridge Centre for Alternative Finance‘s first-of-its-kind study on the growth of cryptocurrency, the user adoption of various cryptocurrencies has really taken off, with more adopters joining the fray and an increasing total market cap that now rivals companies like AirBnB.

Despite these rapid gains, we still think – we know – that cryptocurrency is still just in the baby stages of its life. The very fact that you’re reading this article and similar kinds of articles is proof of that. You don’t read new articles educating you on the fundamentals of paper money, do you? You know what it is, you’ve lived with it all your life and you don’t need anyone to tell you its value.

But how do we really know that cryptocurrency is only just taking off? What indicators do we have to tell the average person “Hold on, this is just getting started?” Here’s evidence of crypto’s growing pains – and what you can expect going forward.

Remember back in the 90s when the possibilities of the internet was just beginning to take hold into the minds of people? Everyone was crazy for it. People bought stocks left, right and center – and then the dotcom crash happened.

We can actually see similar trends with cryptocurrency right now. Bitcoin is reaching massive heights and the chances of the bubble bursting are legitimate. Every new technology has a hype phase, following which the hype dies down, the value becomes more realistic and the technology is allowed to grow without disturbance.

Think back to what actually happened to the internet after the infamous dotcom bust. Companies across the board lost value. But the internet itself didn’t shrivel up and die. Instead, it continued to gain mass adoption and many of the ahead-of-its-time companies that went bust back then reincarnated into successful ventures in later years. Like Chewy.com, a modern version of the 90’s Pets.com, which was recently sold for an estimated 3 billion dollars.

Cryptocurrency is at the beginning of this phase. The technology is there and so is the public support. The volatility right now is just part of the growing pains.

While we’re on the topic of growth – is there any evidence of this happening apart from the media hype?

It turns out that there is.

One good way to measure the growth of an industry or market is through looking at the figures of the related job-market. Blockchain and cryptocurrency related jobs have jumped by 82% in the last 6 months – and they continue to spike.

From developing coins to cryptocurrency reporting, there is a vast demand for experts who can help grow the industry. What that means is that people see the potential in it and are willing to invest it.

That’s good news. As further evidence of cryptocurrency’s youthfulness, such spikes in the workforce only occur when the initial disbelief is passing. The same happened with the internet, where after the year 2000, the industry brought many job opportunities that helped mature it, helping it grow out of the childish hype that surrounded it.

Another telling sign is that the tech-savvy minds behind cryptocurrency development themselves state that there is a long way to go. It’s sort of like how your mother used to buy a good quality pair of shoes a size or two bigger than your own so that you could “grow into them.”

When you read up on cryptocurrency, you’ll slowly pick up on how much the experts value the technology behind it. That’s because the success of this industry is very heavily based on the underlying technology.  And it’s this technology itself that’s being fiddled with to make sure it delivers on all of the promises that it claims. Every time a new advancement is made, competitors and investors are quick to point out the flaws.

And make no mistake, flaws are still present in abundance. But that’s not a bad thing – the very fact that there are still so many kinks to be wired out is what indicates there’s still plenty of opportunity. After all, it’s once everything is perfect that there’s very little room for massive growth.

An example of one of the flaws needing a solution? Scalability, which is a hot topic that’s stirring up a lot of debate in the cryptocurrency space. Different coins have different solutions to this, and this leads to even more disagreements and ultimately, innovations.

Detractors are quick to point to the flaws as signs that cryptocurrencies are doomed to failure but in a sense, it’s these very imperfections that are driving innovation. Advocates know that the cryptocurrency will never reach a global scale if they do not sort these issues out and coin developers are hard at work ironing out the kinks so cryptocurrencies can one day fill the shoes the public dreams of.

So Many Solutions, So Little Time

Blockchain has big dreams of anonymity, decentralization, security and other features, but no cryptocurrency does this perfectly yet. It’s a lot like a teenager who has grand visions of the future while at the same time, just trying to find his feet.

Remember that at its essence, Bitcoin and all the other cryptocurrencies are simply manifestations of blockchain and blockchain is simply a piece of technology. That technology is currently imperfect and no one is more acutely aware of this than the developers behind the various crypto projects.

Bitcoin and Ethereum, in particular, are duking it out to get there as quickly as possible, and the developers behind both projects recognize their flaws and that what they currently offer is a long distance away from the potential of their technology. To win the long battle, they know they must put in the effort to slowly develop their coin over time, adding technical improvements and features.

But complicating matters is that fact that for every problem, there are multiple solutions. Here’s a look at what’s facing the development of Bitcoin and Ethereum, respectively…

Bitcoin is without a doubt the leader in the cryptocurrency market. For how long though? Can they keep with the development of other coins?

The developers know that and that’s why they’re working hard to solve that problem of scaling that we mentioned.

When more users arrive on the network, the more difficult it becomes to get to the next block on the blockchain. We won’t go into detail about it here, but what it essentially boils down to is the requirement of more computing resources. After a point, that becomes impractical.

A proposed solution to this is the introduction of a technique called the “Lightning Network”, which solves the scalability problem. The developers of the coin themselves have a different solution, but it is only a temporary one, where block data is appended to the end of the chain. Again, this is rather technical, so we’ll save it for another post.

As you can see, there are wildly different ideas about how to solve just one problem. And there are many more such problems!

It is universally agreed that the Bitcoin network, in its current form, is something like an alpha version of what’s to come in the future, where all of these problems are solved, and the network can function unhindered on a global scale. This is the childhood that Bitcoin is trying to grow out of.

Ethereum, the next big name in cryptocurrency, is facing many of the same issues that Bitcoin is. It can’t scale well to a large level and there are limitations to its unique feature, smart contracts. It remains the market leader in this space, but like Bitcoin, faces tough competition from up-and-coming startups.

Ethereum’s solution to this problem is the “Raiden Network”, which helps it deal with scaling as more users arrive. Again, there is much debate on how to go about tackling this problem. The only thing anyone can agree on is that the problem must be solved.

EOS is a major competitor that answers some of the questions that Ethereum is working on. This pressures it to solve its problems quickly, or be eaten up the by second generation of cryptocurrencies.

There’s little doubt that Ethereum too is now but a shadow of future versions. Its claimed features are also subject to occasional discrepancies.

How Will the Future Pan Out?

Let’s be clear: it’s a not question of if, it’s a question of when. The predictions are varied and fuzzy, but many expect a global adoption of cryptocurrencies by the mid 2020s. Some are most optimistic stating that with the exponential way it is growing, it could see significant use by 2020. We can’t put a finger on the exact year, but both groups have a point.

Over 100 financial institutions have already adopted the Ripple coin for internal transactions. Two years should be plenty of time for Bitcoin and Ethereum to update their systems and also give developers of altcoins a chance to develop apps.

However, there are also obstacles to overcome. For example, governments standing in the way. For something with such monumental consequences on the economy, it will have to undergo government scrutiny. And governments are not going to let something that takes power away from them gain power so easily. This may be a difficult hurdle for cryptocurrencies to overcome, but it is inevitable, as the benefits of digital currency are simply too good to set aside.

That adulthood is not too far away.