10 Things Everyone Should Know About Bitcoin 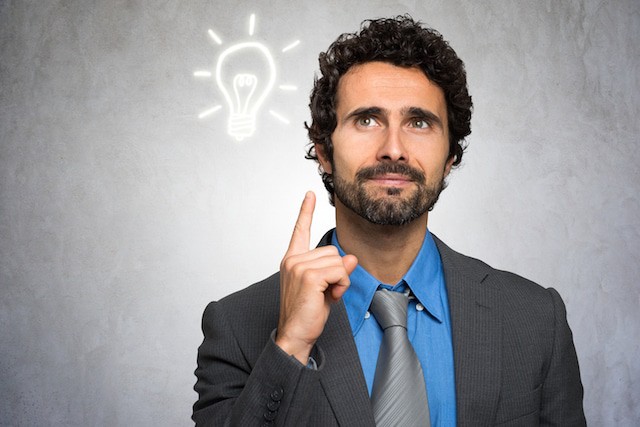 When you first start reading about blockchain and cryptocurrency, a lot of words keep popping up over and over again. Revolutionary is one. The future is another. And then a whole lot of technical lingo, the main ones being de-centralized, distributed ledgers, and so on and so on.

And it all sounds good. But at some point, you start to wonder: That’s all fine and dandy but what does Bitcoin and all its crypto counterparts actually mean for me, my daily life and the people who actually matter to me?

What does all this decentralization, fungibility stuff boil down to in terms of actual, real life impact?

Here are a couple things everyone – yes, everyone – should know about Bitcoin and cryptocurrencies.

You Can Buy Less Than 1 Bitcoin

One of the biggest misconceptions surrounding Bitcoin is that you need to buy a whole Bitcoin or nothing at all. Given that one Bitcoin is currently at around $6,500 – the full price tag alone is enough to turn a lot of would-be Bitcoin buyers off.

Luckily, a Bitcoin is very divisible – up to 8 decimal points, in fact. That means you can buy 0.5 bitcoins. Or 0.08 Bitcoins. Or 0.003 Bitcoins. Or even 0.00000001 Bitcoin, which is called the Satoshi and is the smallest amount of Bitcoin available.

What Can I Do With Bitcoin?

Oh, so many things. And it all depends on why you bought Bitcoin in the first place. Let’s look at your many options!

The list goes on and on. The number of mainstream vendors accepting Bitcoin increases everyday and so do enterprising startups that allow Bitcoin users to buy pretty much anything they want. The result is that if you’re willing to search a little, you can already do pretty much anything you want with Bitcoin.

And that includes a lot, such as paying for plane tickets with Bitcoin, buying coffee from around the world, traveling to space with Virgin Galactic, giving your fiancee a one-of-a-kind Bitcoin engagement ring, or even upgrading your OkCupid account if you’re still single.

You hear a lot of altcoins…but what exactly are they? If you’re curious about altcoins but not entirely sure what they are – no worries, you’re not alone. After all, Bitcoin is the oldest of the cryptocurrencies and it only came into existence in 2009. And how many people can claim to really, truly understand Bitcoin? Altcoins are an even more recent phenomenon, with the first one having popped up in

The one cryptocurrency everyone has heard of by now is Bitcoin. But with Bitcoin prices skyrocketing

It’s the constant media coverage of Bitcoin’s soaring prices that draw investors to cryptocurrencies like moths to a flame and down the rabbit hole they go…and eventually wind up at altcoins and ICOs,

Altcoins are simply alternative coins, basically any cryptocurrencies that aren’t Bitcoin. So, everything from Ether to Monero.

Cryptocurrency isn’t just about making loads of cash by buying into some hitherto unknown coin. The potential application of cryptocurrency are where the real value is at.

Prior to blockchain and Bitcoin our hands were tied and we had no choice but to surrender to paying these fees automatically imposed on us by banks and other financial institutions.

Result? We can save our hard-earned cash, by avoiding commission fees imposed on us in a traditionally, centralized system. It gives us the opportunity to take full control of our money.

What if you could walk into a grocery store, scan the QR code on a package of beef and find out exactly where the meat came from, the history of the cow and how it was raised?

And this is just the tip of the iceberg in ways cryptocurrency can be used to better our lives.

You Can Get Paid in Bitcoin

You get paid.  Then you deposit your fiat into a cryptocurrency exchange. After waiting for your funds to clear, you’re finally able to buy some Bitcoin. And then of course, you have to send it to your Bitcoin wallet.

So much work. So little time.

Okay, let’s be honest – once you’ve registered for the best cryptocurrency exchanges and set up your private wallet – it’s not that much work. But wouldn’t it be nice to just cut out all those repetitive tasks and just get paid in Bitcoin?

Well, you can. You might not be able to convince your boss to start sending your salary in Bitcoin, but there are a number of ways to get paid directly in Bitcoin.

The More, The Better

When it comes to cryptocurrency exchanges – more is better. That doesn’t mean you need to sign up for all of them, but at least a handful is advised.

Why? Simply because most exchanges have a bad habit of not doing what you need when you most need it. And in a highly volatile market like cryptocurrency, it’s really going to hurt when can’t buy or sell quickly because the one cryptocurrency exchange you have access to decides to go wonky.

For example, even the major exchanges have been accused of doing the following:

As you can see, there are many things that can potentially go wrong. And if any of the above happens to you, you’ll thank your lucky stars that you’re able to simply switch over to another exchange to buy, sell and trade until matters are cleared up with the one that’s misbehaving.

Plus, signing up for 3 (or 5) exchanges is pretty much just as easy as signing up for one. You have your ID and proof of verification in hand anyway so might as well get it all taken care of now. You’ll thank us one day.

Don’t Get Forked Over

There’s been a lot of chatter about forks in recent years. Bitcoin had one. Ether had one. Bitcoin had another. And so on and so on.

The thing is that some exchanges support forks and some do not. Make sure you know which side of the fork fence your exchange is on, especially if you’re holding your coins there. Which brings us to the next point…

It’s Not Really Yours…

…until you’ve moved your coins.

The people who are taking the extra – yes, annoying – steps to secure a private wallet aren’t doing so because they like hassle and headache. They’re doing this because it’s really the only way to make sure that your precious coins are yours and yours only.

Which is good in one sense but can also be risky. See next point.

You ARE the Bank Security

It’s 2017 and we are used to certain things. Like, security. This general notion that what we own is secure and protected is something we often take for granted. And why shouldn’t we? After all, that’s the way it usually goes. For example, if your car gets stolen, car insurance will cover it.

If someone breaks into your home and runs off with your valuables, either homeowner’s insurance or renter’s insurance will take care of the losses. If someone steals your credit card information and runs up charges, your bank will let you know and reverse the fraud.

Hell, recently some ding-dong in the Ukraine tried to hack into my pretty much worthless Pinterest account and I was notified immediately via email.

This sense of being insured applies to pretty much everything in our lives. Baggage went missing during a transcontinental flight? Travel insurance or even your handy MasterCard has got your covered. Same if your phone gets stolen – your credit card company may pay for a new one.

All this protection is great – except for the simple fact that it’s lulled us into a state of complacency, which can be a very big mistake especially when it comes to cryptocurrency.

Think about it for a moment but when’s the last time something of yours has been outright taken from you? Not often, right. And if and when it happens, you usually have ways to seek recourse.

Well, sadly, that’s not the case when it comes to Bitcoin. Once it’s in your wallet, it’s solely in YOUR hands to keep it safe.

Scams MUST Be Avoided

The record is the transaction. There’s no provision for reversing it, no charge-backs. If a scoundrel cheats you of your money, it’s gone for good unless you can identify them, locate them, sue them and recover from them at your own expense. Think cash in this regard. If you lose $1000 in notes, there’s no point in asking the Reserve Bank to cancel those serials and issue you fresh notes.